Mon, 30/11/2020 - 16:41
An international research collaboration led by the School’s Professor Prashant Valluri and Professor Rama Govindarajan FAPS from ICTS-TIFR, Bangalore, India has made a significant breakthrough in understanding the behaviour of solid-fluid flows.

Solid-fluid flows are a commonplace phenomenon in a variety of settings, from industry to the natural world. Examples include flows of solids suspended in water through oil-gas pipelines, slurries and even particles in clouds.

Understanding the behaviour of such flows is complex, yet critical to the successful functioning of a range of industries. The behaviour of solid-fluid flows can lead to problems such as hydrate ice formation in oil-gas pipelines, thought to have contributed to the Deepwater Horizon oil spill in the Gulf of Mexico in 2010, for example.

The team’s findings, which have just been published in the Journal of Fluid Mechanics, have demonstrated that the motions of these solids can be chaotic even in flows of a viscous – or thick and slower-moving – consistency.

Professor Govindarajan led the development of the theoretical model resulting in the discovery of a mathematical constraint explaining the tumbling motion of suspended spheroidal particles. 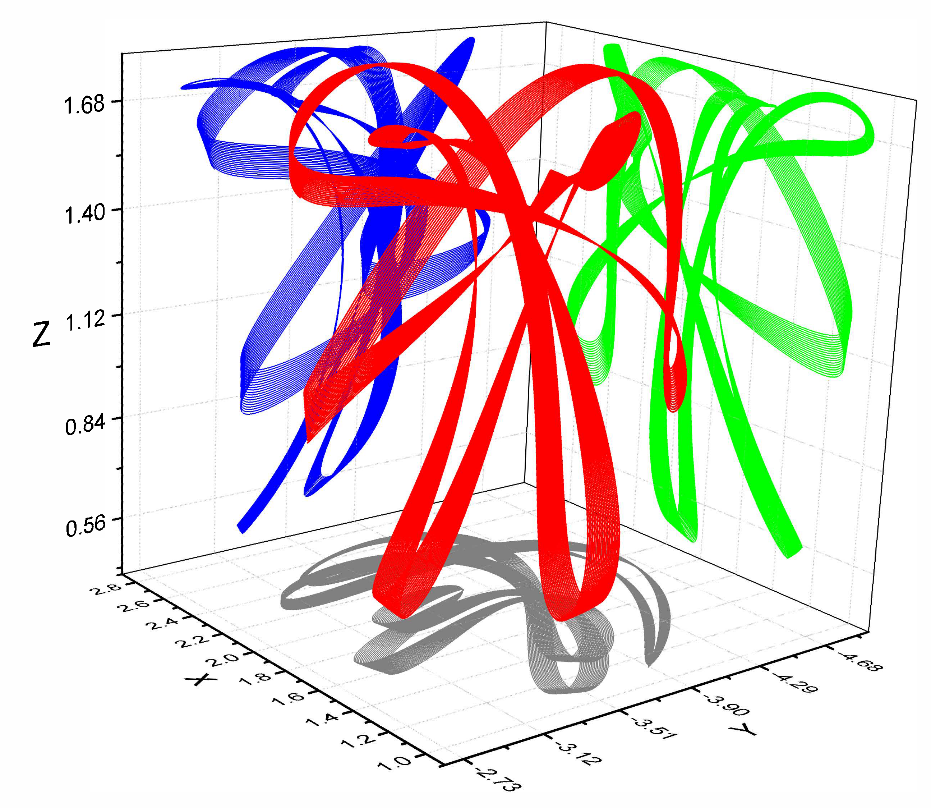 Image shows a chaotic orbit tracked by a tumbling ellipsoid

Led by Professor Valluri, the team also developed a flow simulator – called GISS (Gerris Immersed Solid Solver). The software, which is available on an open source basis through GitHub, can accurately simulate the motion of any number or shapes of solids in response to flow. It is hoped that the simulator will be used by those working in oil and gas, energy and health sectors.

The theoretical model developed by the team provided the backbone for the simulator and also helped to verify the simulations. The work provided the foundation for two successive theses by PhD students in the School of Engineering (Dr. Pei Shui and Dr. Erich Essmann).

The authors acknowledge the EC-RISE-ThermaSMART project. This project has received funding from the European Union’s Horizon 2020 research and innovation programme under the Marie Skłodowska-Curie grant agreement no. 778104, and the support of the Department of Atomic Energy, Government of India, under project no. 12-R&D-TFR-5.10-1100.

Prof. Govindarajan also thanks Prof. Anthony Leonard (CalTech) for bringing this class of problems to her attention many years ago.