On 24 July, Moretonhampstead Parish Council unveiled a bronze bust of George Parker Bidder, who was a student at Edinburgh in the 1800s and studied mechanics alongside renowned railway engineer Robert Stephenson. 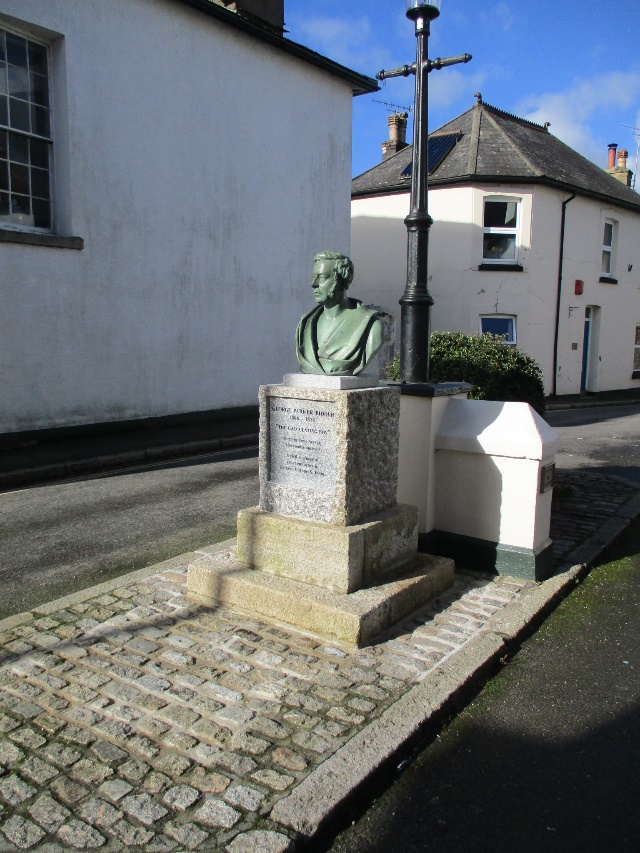 George Parker Bidder was born in 1806 in Moretonhampstead, the son of a stonemason. During his early childhood, Bidder received almost no formal education.

He was endowed with a new method of multiplication, better than any known in the early 1800s, using pattern recognition through arranging and rearranging small stones.

His calculating abilities led to Bidder being exhibited at fairs throughout the country as the ‘Calculating Boy’. At the age of nine, George Bidder was presented to Queen Charlotte. His incredible mathematical abilities led to him effectively supporting his family, at a time when manual workers in Devon suffered great poverty.

In 1819, aged 13, Bidder attended classes on mechanics at the University of Edinburgh, where he became friends with Robert Stephenson, and won a prize for higher mathematics.

In 1824, aged 18, George Bidder joined the Ordnance Survey, after which he gained employment with the London Dock Company. From 1834 onwards, he worked alongside Robert Stephenson, undertaking the planning, design, and construction of railways in England, Belgium, Norway, Denmark, Switzerland, and India.

George Bidder helped found the Electric Telegraph Company that was responsible for linking the UK to the US via transatlantic cables. Bidder designed the Victoria Docks in London, contributed to legislation that led to London’s main drainage system - greatly improving water quality in the River Thames - and gave advice to government on the construction of ships.

George Bidder rose to become the President of the Institution of Civil Engineers. He was an accomplished hydraulic engineer with interests in water supply, tidal scour, and ports and harbours. In 1835 he authored the “Earthwork Tables” which underpinned geotechnical engineering in the late 1800s.

As remarked upon in his obituary, the “engineering triad” during the Victorian age would have constituted “Stephenson, Brunel, and Bidder”.

Furthermore, George Bidder was an entrepreneur who directed several companies, including the Netherlands Land Company and the Rock Assurance Company. 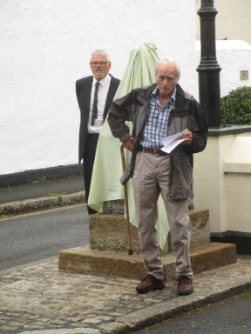 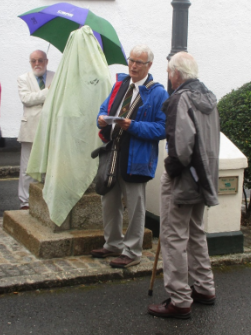 George Bidder never forgot his origins, and was an early exemplar of a philanthropist. He supported the education of his younger siblings. In 1846, he donated £1,000 (about £120,000 in present monies) to establish the Jardine Bursary to the University of Edinburgh for the aid of poor students, the bursary named in honour of Sir Henry Jardine, who helped the young Bidder gain his opportunity to study at Edinburgh.

In short, George Parker Bidder was an outstanding character, a mathematical genius, whose success brought great honour to Moretonhampstead and the University of Edinburgh.

In these days where access to higher education is a matter of great concern, George Parker Bidder’s life offers true inspiration. 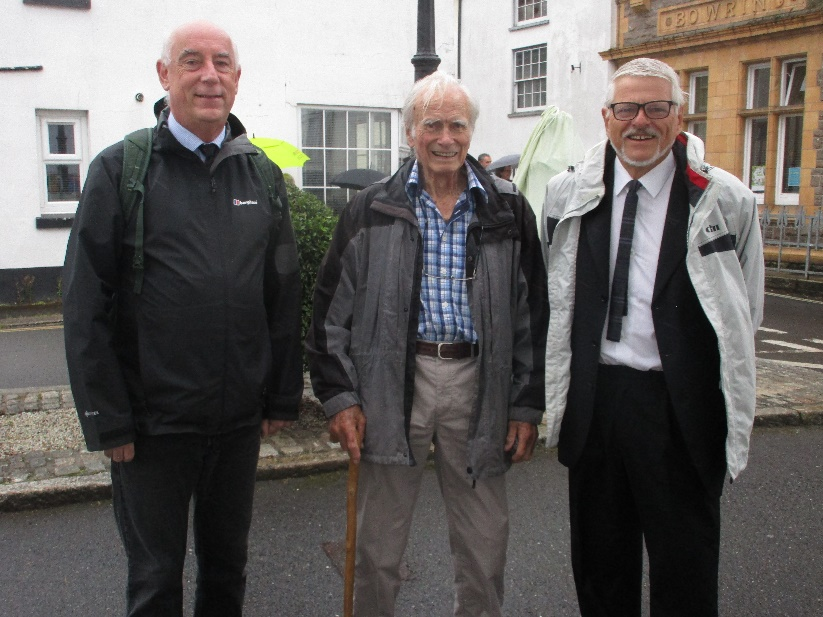 In April 2017, David Cannon FICE wrote a paper called ‘Reincarnating Bidder’, in which he proposed the installation of a memorial to George Parker Bidder at a prominent location in Moretonhampstead. David Cannon and John Dodds submitted a planning application in March 2019.

David Cannon led a campaign to fund the memorial, and received sufficient donations to commission a bronze bust (replicating an original marble bust from the mid 1800s that stood in the foyer of the Greenhill building in Moretonhampstead).

Construction of the memorial base took place in late 2020. John Dodds and David Cannon both spent some time working on the site. John Dodds also spent many a day chipping away at old granite he had found to convert it into the two lower levels of the memorial. The bronze bust was produced by Milwyn’s art foundry.

Immediately before the unveiling, speeches were given by David Cannon, Mike Warner (deputy chair of Moreton Parish Council), and Steven Kent - one of Bidder's great, great grandsons, who unveiled the memorial. 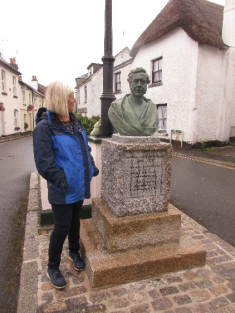 The Memorial (with Gill Borthwick standing beside)

Monument to a Legend

“There was a chap called Bidder, who never got the fame
That he deserved, in fact no-one really knew his name.
So, David and his cronies came up with a cunning ploy
To build a great big statue to the Calculating Boy.

They slowly raised the money and developed the design.
They regularly met up, occasionally with wine!
They sought all their permissions from the local council head.
And aimed to build it in the town of Moretonhampstead.

The bronze head was commissioned and the stone identified.
They laid the concrete base, two foot deep and six foot wide.
The signage was all written with a brief biography,
And Bidder was now obvious, for everyone to see.

But when the global virus came and mucked up all the plans.
There were masks and jabs and vaccines, and public meeting bans.
So, the big unveiling was delayed, but happily not for long.
Cos at last everyone can visit, a veritable throng!

So, thanks to those who’ve joined us as we trudged along this road.
To those who’ve helped in any way to share the heavy load.
To those of us who’re positive and like to celebrate.
We’ll keep promoting genius, remembering the great.”